The Klamath Tribes have a unique coordinated prevention and intervention initiative for youth that are already involved in the justice system.

This MOU provides a novel collaborative approach between the State and Tribal Justice Systems. Under it, the Tribal Court may accept responsibility for oversight of the youth’s probation, developing culturally appropriate and other relevant terms and conditions of probation. With close judiciary and Probation Officer oversight and guidance, if the youth are successful in the Tribal court program the same is reported to the State Court and county Juvenile Probation Department, which may then “dismiss” the underlying proceeding. 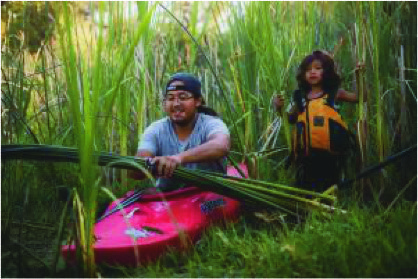 Through this program, the Tribes’ Juvenile court is able to provide the juvenile and their family with culturally based services and greater frequency of contact between the Tribal Court, service providers and the youth and family involved. Currently the Tribes do not have coordinated intervention initiatives for adults at-risk or involvement or already involved in the justice system. The tribes have limited resources to support prevention, mentoring and other services. The Tribes have State/Tribal Agreement for child protective services and partner with each other.

The Klamath Tribes Judiciary makes no claims, promises, or guarantees about the accuracy, completeness, or adequacy of the contents on this site and disclaims responsibility for the content of these documents or any resulting liability.

The information on this website is as timely and accurate as possible and is for general informational purposes only and is not intended to provide legal advice to any individual or entity. We urge you to consult with your own legal advisor before taking any action based on information appearing on this site or any site to which it may be linked.